Ascending Levels of Determination in Prayer

Do you long to see answers to your prayers manifest on the earth? Jesus outlined in Scripture the levels of determination in prayer that we must ascend to see the kingdom of God manifest on the earth! This prayer course is designed to help you sustain a life of intercession until you see the manifestation of your prayers. Begin building your confidence in prayer with the lesson notes and reflection journal questions along with lesson video teachings.

Welcome to the course!

Lesson 1: The Power Of Asking

Lesson 2: The Power Of Seeking

Lesson 3: The Power Of Knocking 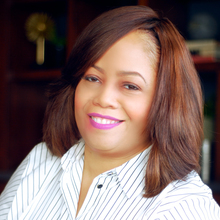 Michelle McClain Walters is one of God’s chosen Kingdom Prophets and she carries a strong apostolic spirit. There is a powerful, prophetic creative force in her mouth that sets lives on the course God originally ordained for them. Michelle cries loud and spares not. Her voice is an end of the age trumpet and also the voice of roaring lion, springing from the thickets, causing his prey to be petrified. The anointing on her life breaks the powers of darkness and sets the captives free, releasing them into a life of fruitfulness.

Michelle has passion to empower a generation to exercise the authority of the Kingdom in every arena of life.

God has anointed her to mentor, teach and train many sons and daughters so they can fulfill their destinies in the earth.

Michelle has traveled to over 50 nations and several cities in the U. S partnering with senior church leaders to release strategies that advance the Kingdom of God in their territory. She has conducted schools of the prophet that have activated thousands in the art of hearing the voice of God.

Michelle has dedicated her life to developing strategic alliances with apostolic leaders that build New Testament churches to bring a regional and global impact.

Michelle currently serves as Director of Prayer Ministry on the staff of Crusaders Church under the leadership of Apostle John Eckhardt. She is also one of the house prophets and apostolic team leaders at impact network. She is a Charisma House author of four books Prophetic Advantage, The Esther Anointing, The Deborah Anointing and The Anna Anointing.

Michelle resides in the city of Chicago along with her husband Pastor Floyd A Walters Jr.

$47.00 Drawing Near to God Buy Now
We suggest moving this party over to a full size window.
You'll enjoy it way more.
Close
Go Fullscreen